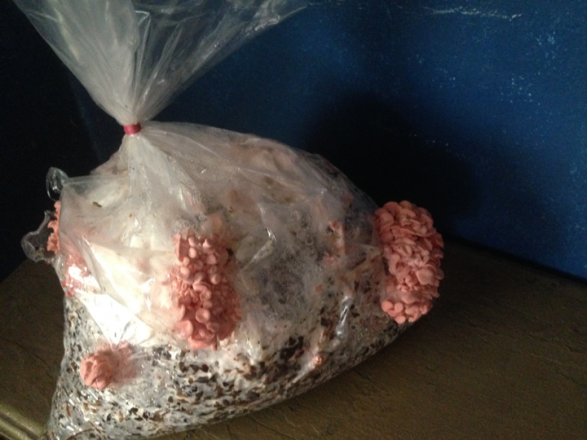 – Adele sheds light on what’s growing in her closet, oyster mushrooms. She talks about her recent trip to the Los Angeles County Arboretum for the 2014 Wild Mushroom Fair, presented by the Los Angeles Mycological Society. Adele and Mark discuss the meaning of mycology (the study of mushrooms) and talk about underground mycellial networks. They reiterate how you should never, ever pick and eat a wild mushroom until an expert identifies it as safe, because edible and poisonous varieties can look almost identical. They talk about the many uses for mushrooms, including dried mushrooms in Asian cooking, homemade mushroom soup, fabric dye, and cleanup of toxic pollutants from oil spills and urban stormwater runoff. They make a plan to visit the South Pasadena Farmers Market and the mushroom vendor booth there, and also to invite a local mycologist as a guest speaker in a future episode.

Gary Lincoff, teacher of classes on mushroom identification at the New York Botanical Garden, and author of many books on mycology, including The Audubon Society Field Guide to North American Mushrooms

Armillaria solidipes, the “humongous fungus” in the Malheur National Forest, Oregon, known to be one of the largest living organisms in the world [Wikipedia]